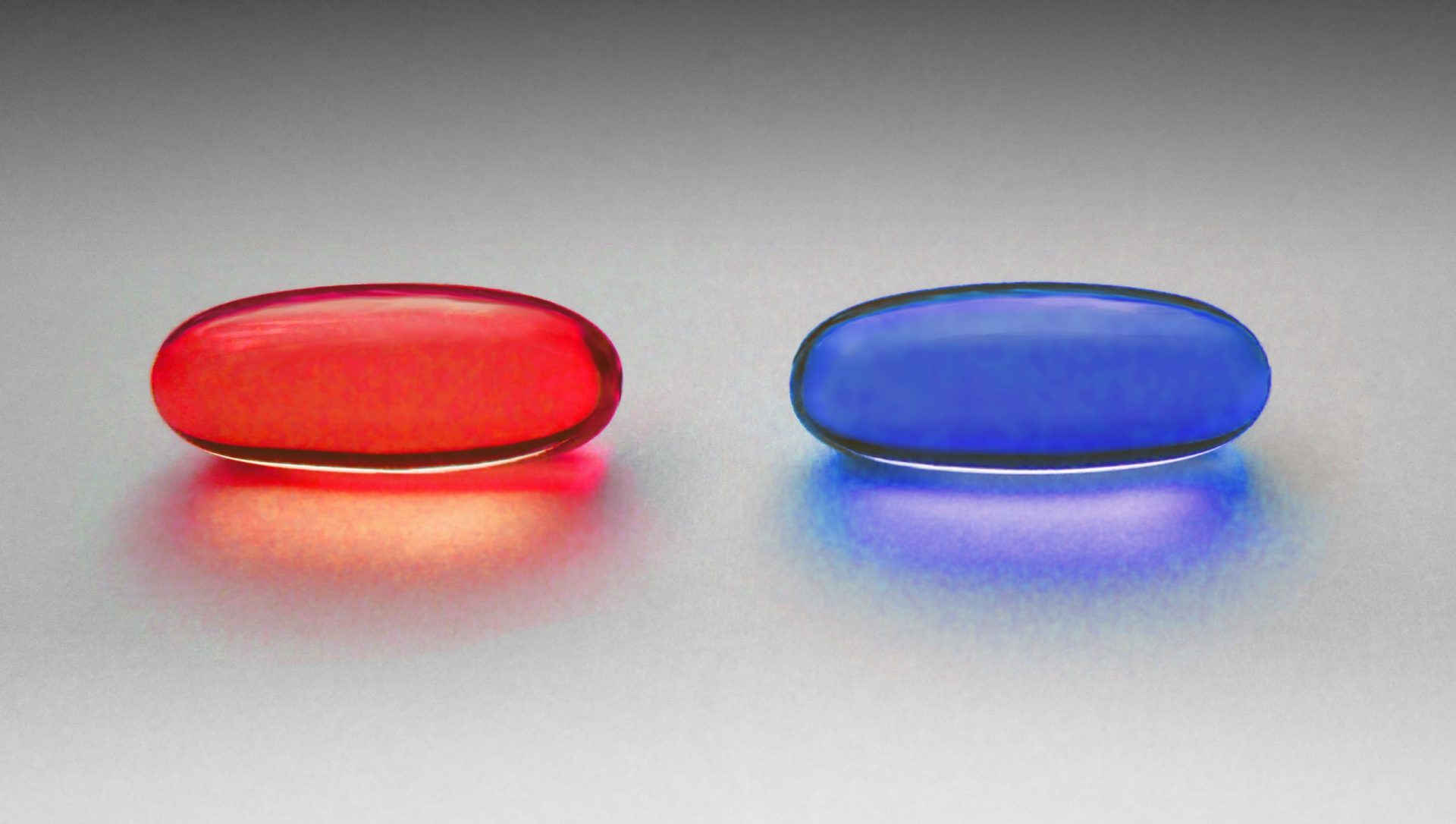 The red pill, blue pill of the open plan

In the 2000 sci-fi classic the Matrix there is a scene early in the film where the hero Neo is guided, scuttling out of his office filled with cubicles, by the mysterious Morpheus over the telephone to try to escape his sinister pursuers. He famously then later meets Morpheus who offers him a blue or red pill. The blue pill he will wake up in his bed and the strange events will be like they never happened. The red pill, and he will be shown how deep the rabbit hole really goes. Now, twenty years later, the office layout of the past has given way to a new spatial awareness as companies have embraced the open plan. Whether it is a new build or renovated warehouse, open plan, courtesy of Silicon Valley tech start-ups has swept through the world of work. So just what is the logic behind this sweeping trend and what are the benefits and pitfalls. Time to try the red pill.

Believe it or not, the first open plan office was designed in 1906 by legendary designer of the Guggenheim museum in New York, Frank Lloyd Wright. The intention of the Larkin Administration Building, also in New York, was to mimic the factory floor, with no private offices and an open floor plan. To create the optimises factory conditions of the industrial revolution, to turn man into machine. But as the nature of work changed, increased unionisation (where workers could petition against the noisy and distracting open plan) the cold war and the necessity for secrecy, or even a wave of paranoia, then in the late 1950s and 1960s saw the rise of the cubicle and this quickly sweep away the open plan design.

The late 90’s marked a sea change, with a series of economic bubbles bursting companies could find their rabbit warren of cubicles suddenly barren, or traditional box offices emptied. Companies became leaner, looking for ways to save costs on office space, building costs and engender a new kind of loyalty to the firm, a ‘we are all in this together’ mentality. Only since 2018, the big 5 tech companies have added 1 trillion dollars to their net worth, and the open plan office embedded as a recipe for success. In 2012 Facebook unveiled their 10 acre site designed by Frank Gehry housing nearly 3000 engineers in the largest open plan site ever. Google, Apple, Amazon and Microsoft have all trumpeted the open plan as a way to create a more fertile ground for ideas and inter-departmental cooperation. And along with the open plan have also arrive phone boxes and privacy booths, which are only likely to proliferate.

What about Face to Face?

Today, around 70% of US offices are open concept, and despite their unpopularity the trend seems to be growing. And this has led to increased innovation from noise cancelling headphones, silent spaces and silent pods increasing. Mobile pods now are growing in popularity, they can be moved around the office accordingly, their impact and popularity measured. When Vodafone in the UK added pods to their open plan office they were so popular that ‘a booking system had to be employed with a maximum of one hour’. More interaction between workers leads to increased cooperation, teamwork, productivity and profit, goes the conventional wisdom. Dispensing with isolating cubicles, removing the rats maze of corridors is seen as a humanising act, open spaces for the workers to mix freely, congregate in break out areas, create an atmosphere of fun and creativity. Right?

According to one survey from Harvard and the recent report ‘The impact of the ‘open’ workspace on human collaboration’, face to face communication after the introduction of an open office environment dropped by 70% and emails and other electronic means of communication jumped from 22% to 50%.

People like to have control over their environment, and this is one of the main reasons why open plan offices are not popular with staff and lead to less face to face communication. A way of understanding this phenomena can be traced to a term that all dramatists are familiar with – The Fourth Wall. Denis Diderot 18th Century French philosopher popularised the notion that in order to create a realistic performance and suspend the audiences disbelief (so they actually believe what they are watching on the stage) actors create a 4th wall, the audience are invisible to them, and this is what people do in an open office environment, an invisible 4th wall goes up and leads to less interaction as the ‘actor’ is studiously avoiding contact, blocking out distractions and concentrating on their work. You can only imagine the extra energy that goes into this fourth wall, instead of into the task at hand.

Today using sociometric badge to track volunteer employees movements and interactions a study of more than 40,000 workers in 300 U.S. office buildings, the results, published in the Journal of Environmental Psychology, came to the following conclusion:

Enclosed private offices clearly outperformed open-plan layouts in most aspects of IEQ (Indoor Environmental Quality), particularly in acoustics, privacy and the proxemics issues. Benefits of enhanced ‘ease of interaction’ were smaller than the penalties of increased noise level and decreased privacy resulting from open-plan office configuration.

Most research concurs that open plan leads to more communication between different teams. In the world of Big-Tech, breaking out of the silo mentality is key in the development of new products and services. Also open plan is cheap, reducing the amount of sqm pp, a key driver in cities like New York and London. But there is a massive caveat. While inter-team communication improves then within teams face to face communication plummets.

“The trouble with open-plan offices is they are a one-size-fits-all model which actually fits nobody,” Dr Millard at New Scientist Live

If your job is to save money on the building then open plans are a solution, but if you want to take the red pill, then you see the impacts of open plan where the factories of old are recreated rather than the elusive tech cathedrals of the future. What may work for Google or Facebook may not fit with the culture of the company you wish to create. Only by taking into consideration hard data and the results of thousands of hours can we better understand that people generally like privacy at work, or we could have just asked them.

Become a distributor
Join our newsletter